PLEASE CONFIRM THAT YOU ARE OVER 18 YEARS OLD TO CONTINUE

Some of these cookies are essential, others help to improve the site experiance

THE LORDS OF THE FALLEN, A NEW DARK FANTASY ACTION-RPG, UNVEILED DURING OPENING NIGHT LIVE

The Lords of the Fallen, a new dark-fantasy action-RPG, was tonight
unveiled during Gamescom’s ‘Opening Night Live’, hosted by Geoff Keighley. Developed by
HEXWORKS (a CI Games studio), the reboot to the 2014 hit, Lords of the Fallen, is in development for
PC, PlayStation 5 and Xbox Series X|S, and is powered by Unreal Engine 5. 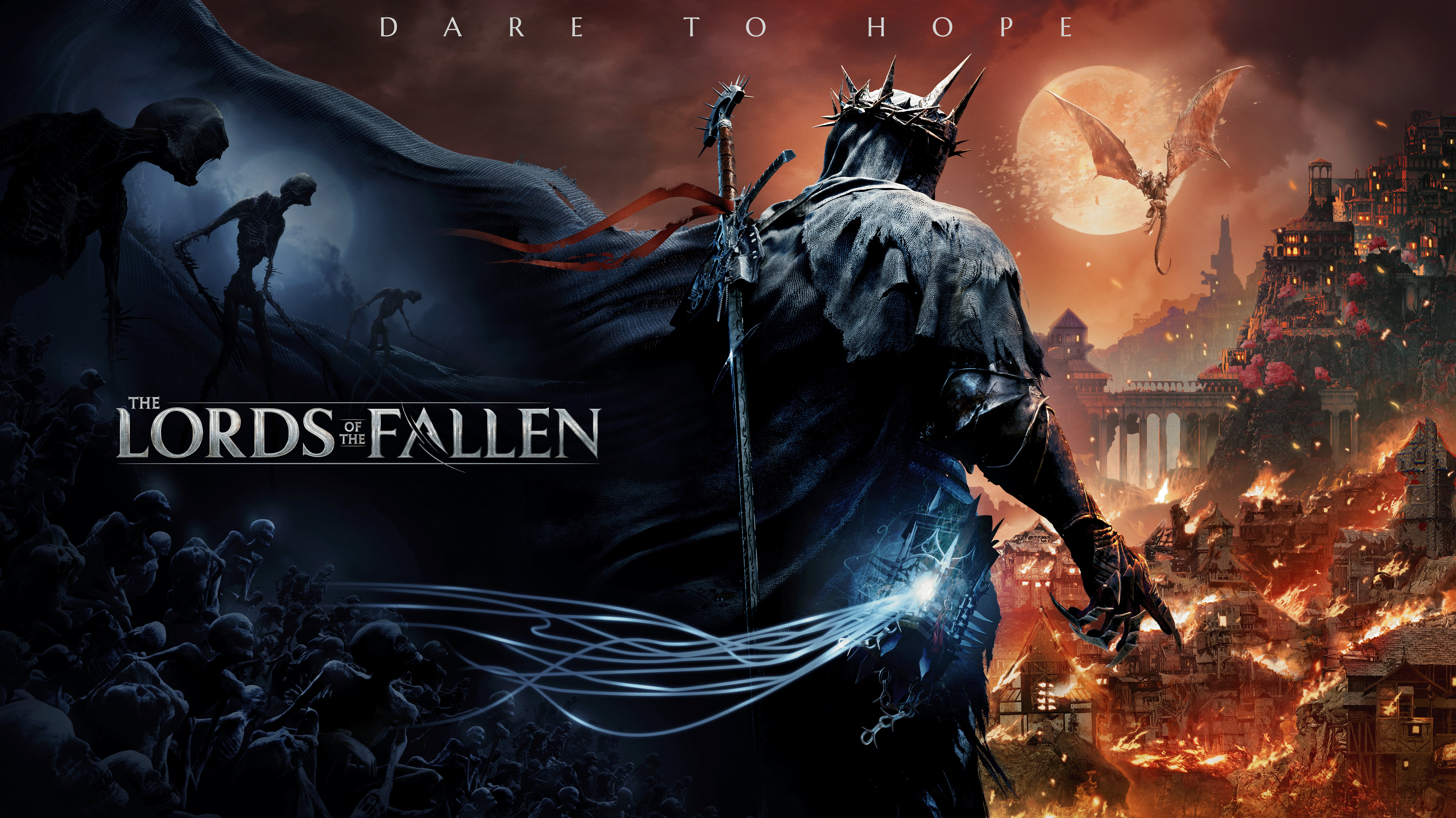 The Lords of the Fallen was revealed with a three minute cinematic trailer showcasing the game’s
new dark fantasy setting, narrated by actor Joseph Quinn (Stranger Things, Game of Thrones). CI
Games also revealed the game’s new title and logo, as well as key art illustrating the vast world, split
between the realm of the living and the dead – a core gameplay feature.

Taking place more than a thousand years after the events of the first game, The Lords of the Fallen
introduces an all-new adventure in a vast, interconnected world, more than five times larger than the
original game. An expansive RPG experience – filled with NPC quests, compelling characters, and rich
narrative – players will need to create their own hero before tackling the immersive single player
campaign. They will also have the option to invite a second player to join their adventure in
uninterrupted online co-op – a new feature for the franchise.

Hexworks is led by Executive Producer, Saul Gascon (Dead by Daylight, PayDay 2,) and Creative
Director, Cezar Virtosu (Shadow of the Tomb Raider, Assassin’s Creed: Origins). Founded in 2020, they
lead a global team of over 75 internal developers and a network of external partners, working
together to create a new dark vision for the divided worlds of The Lords of the Fallen. Powered by
Unreal Engine 5, The Lords of the Fallen is designed exclusively for new-generation consoles and PC.

“The Lords of the Fallen is the spiritual successor fans of the original title have always wanted,” said
Cezar Virtosu, Creative Director. “The game is significantly larger, with a vast, interconnected dual
world split between the realms of the living and dead, that players can explore alone or with friends.
It’s darker and more challenging, with faster soulslike combat, stronger thematic, richer narrative,
deeper RPG systems, and more immersive storytelling.”

Players can look forward to a full gameplay reveal of The Lords of the Fallen later this year.

● A vast, interconnected world – over five times larger than the original game

● Uninterrupted online co-op – explore a vast and dark world together

The Lords of the Fallen is in development for PC, PlayStation 5 and Xbox Series X|S.

Part of CI Games, HEXWORKS is a new gaming studio founded in early 2020, formed of over 75
individuals. The experienced team consists of senior and multicultural developers from across the
globe. In addition to embracing an indie approach to development versus larger studios, HEXWORKS
is passionate about leaving its mark in the fantasy action-RPG genre. Its first title is the
in-development The Lords of the Fallen.

CI Games is an independent, global Video Games Developer and Publisher, with studios in Warsaw,
Barcelona, Bucharest, UK, and the US. Founded in 2002, CI Games have created globally recognised
titles for close to twenty years; the Sniper Ghost Warrior franchise has sold over 14 million copies
worldwide, while Lords of the Fallen has surpassed the 10 million player mark. In 2018, United Label
was founded, focusing on smaller but equally ambitious titles, including Röki, Eldest Souls, and Tails
of Iron. Hexworks, a new studio specialising in action-RPGs and made up of industry veterans, was
formed in early 2020, and is currently developing The Lords of the Fallen, the company’s most
ambitious title to date.